It can come in a luxurious floral print, a shiny paisley loafer, or even a ferocious tiger-printed sweater. But what do all three of these seemingly different items have in common? The answer is the use of a jacquard print or loom to create the fabric. Though Jacquard has roots in the early sixth century, its popularity began to rise in the early 19th century. Named after creator Joseph M. Jacquard, jacquard sparked a revolution in the creation of the look of embellishment in clothing. More than anything, the jacquard loom helped streamline the process of creating patterns such as damask, brocade, and matelassé, which were typically painstakingly produced by hand. What makes jacquard different is that the complex designs are woven into the fabric instead of being placed on top, which was the process in the early centuries. The resulting patterns are opulent to the eye and were coveted by women and men alike in the early centuries as a way to flaunt wealth. At one point in time, the jacquard fabric was only offered to the upper nobility on account of its luxe look.

Designers throughout time have consistently used jacquard fabrics including brocade, damask, and other intricate fabric embellishments in their collections. More than ever, designers are using jacquard embellishments on fabrics ranging from silk to cotton because of today’s increase in technology for textile looms. For example, Louis Vuitton throughout the brand’s more recent collections has seen a resurgence in the use of a brocade pattern. A purple and blue rose-patterned-brocade, placed against a silver background, sets the stage in the form of a show-stopping jumpsuit with ruffled shoulders or even a sleek deep-cut mini dress. Vuitton has also incorporated the elegant brocade look into an ocean-blue vest embellished to perfection in a variety of gold and silver hues.

Gucci is another fashion house that uses jacquard regularly in collections. From chunky loafers to silk headbands, the use of jacquard fabric gives Gucci its trademark “unusual-chic” style generated by creative director, Alessandro Michele. Canadian and Turkish designer Erdem Moralioglu has always championed the brocade throughout his many collections. This season, shown at London Fashion Week, was no different with looks having been inspired by Italian Principessa, Orietta Doria Pamphilj. Fuschia and cherry-red flowers adorned full-volume skirts in sleek black fabrics as the model’s cat-eyes darted on and off the runway.

Today the look and feel of a brocade or damask fabric still resonate as a lavish design, even as trends have passed throughout time. Maybe it is the use of many colors and shapes that draw fashion lovers in, or maybe it is the intricate hand-made look that resonates with others as well. Whatever the reason may be, the jacquard look will always reign when it comes to opulent style. 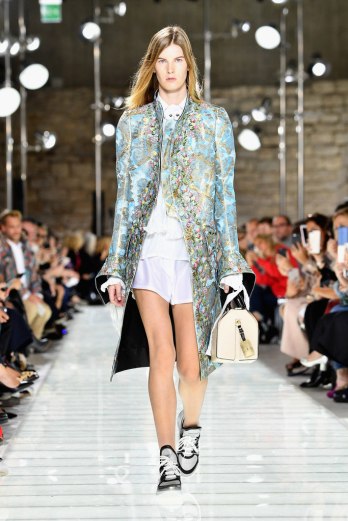 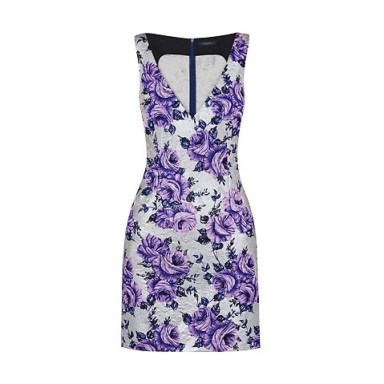 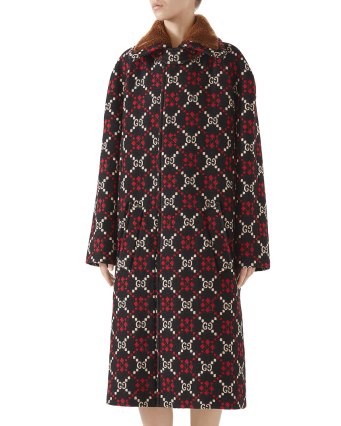